Reflections on a Career in Technology

When I was asked to write this article about technology and the insurance industry, I had some reservations. After 35 years in this field, what could I possibly offer to the readers that would mean something?

The years have flown by since I graduated from Northwest Missouri State University.  A smaller division II school in rural Marysville Missouri. Little did I know back in 1977 that this school had received a grant from Digital Equipment Corporation, or DEC as it was called, was preparing to be one of the first electronic campuses in the US.

I was lucky to start my IT career without the joy of job cards, COBOL, RPG, and the old established Big Iron.  I started with the Bendix Corporation which eventually became part of Honeywell. DEC had a terminal computing using line terminals quickly followed by CRTs. During these first 14 years the PC made its commercial debut along with companies like Microsoft, Intel, Apple, and Cisco.   Next came the commercialization of the Internet and companies like Yahoo, Google, and AOL. The next twenty years roared by for my career. Moore’s Law held true and machines continually got faster, smaller, and cheaper. It was an exciting time for technologists but most people could not understand the value of the technologies being released.  So my degree was in demand.

I eventually left Honeywell and went to work for Employers Reinsurance Company or ERC.   ERC had just recently been acquired by General Electric as part of their GE Capital Division.  Thus began my career in the Insurance Industry. I was a bit taken back how manual my new industry worked.   I learned to accept some old ways but the power of technology pressed hard to reform these century-old beliefs.

I actually think I learned even more watching my four sons growing up in a digital world.  Technology and networking became ubiquitous and its use was more seamless, reliable, and understood.   Older generations struggled and newer ones jumped online. The technology bubble grew and grew until the certain capital reality hit that you have to make a profit at some point in the business model.  The euphoria for anything and everything .com came to a halt.

We are all witness to technology’s impact on business, industry and our everyday lives.   I marveled how Apple reinvented itself and rose from near bankruptcy to become one of the the largest corporation on the planet.

I sometimes worry about the effect of technology on our social well-being.  Have the technologies that speed up and extended our ability to connect, communicate, and share actually weakened our ability as humans to interact, learn, and stay curious?  Has the seamlessness of connectivity and information created too much cyber liability and removed our right to privacy and created too much misinformation, clutter, and opportunity for darker purposes?  I often will tell others that it doesn’t concern you somewhat, you don’t truly understand it.

Whatever the answers, it is a connected world and it will continue to grow and amaze and create paradigm shifts.

The minute you recognize it, you are surprised by a technology leap you may never catch up. Blockbuster to Redbox to NetFlix comes to mind.  As does the absolute saturation of Uber seemingly overnight. Anything as a Service!

So my career has been rewarding but I would say I am thankful for several areas that helped make it that way.  And none of it is really technical. 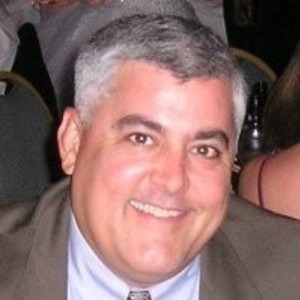 Thirty-Eight years of leadership experience in the Information Technology Industry. Progressive technology and management roles at Allied Signal/Honeywell, The Department of Energy, General Electric, and most recently, 21 years as Chief Information Officer for Lockton Companies, the largest privately held broker in the world. Group recognition for accomplishments and technology innovation by Information Week for five straight years, 2010, 2011, 2012, 2013, 2014. Including recognition as one of the first companies to provide a completely cloud-based company desktop to all employees in the US and UK. Co-founder of the Kansas City CIO Exchange in 2001, a collaborative group comprised of senior Information Technology executives from most of Kansas City’s largest companies. Education includes a Bachelors of Science degree in Computer Science from Northwest Missouri State University and a Masters degree in Business Administration from Rockhurst University. Also attained certification in the Quality programs both with General Electric and the former AlliedSignal, achieving a Master Black Belt designation in the G.E. Capital Six Sigma program in 1997.
Follow
55 Contributions
24 Followers
17 Following

John Anderson
over 1 year ago

Nice article, Dave.  I've always greatly respected your skills and insight.  And glad to call you my friend.  John Anderson

Excellent article.  I find myself in a parallel universe.

What's Trending in Jobs and Skills

The Benefits of Healthy, Productive Conflict

Bob Tipton
Tokens and Talents: The Audacity to Give
Subscriber Exclusive Article
Articles

Tokens and Talents: The Audacity to Give

Securing A Nation: Improving Federal Cybersecurity Hiring in the US

Burning Glass Technologies
IT Pack
We use cookies to help improve your experience. By continuing to browse our website you are consenting to our use of cookies.
Learn more

Register to IT Pack

No ads, No sales pitches, No vendors allowed in this private online community for IT Professionals. Join the IT Pack to gain access to content from fellow IT Leaders, CIO's, and more.